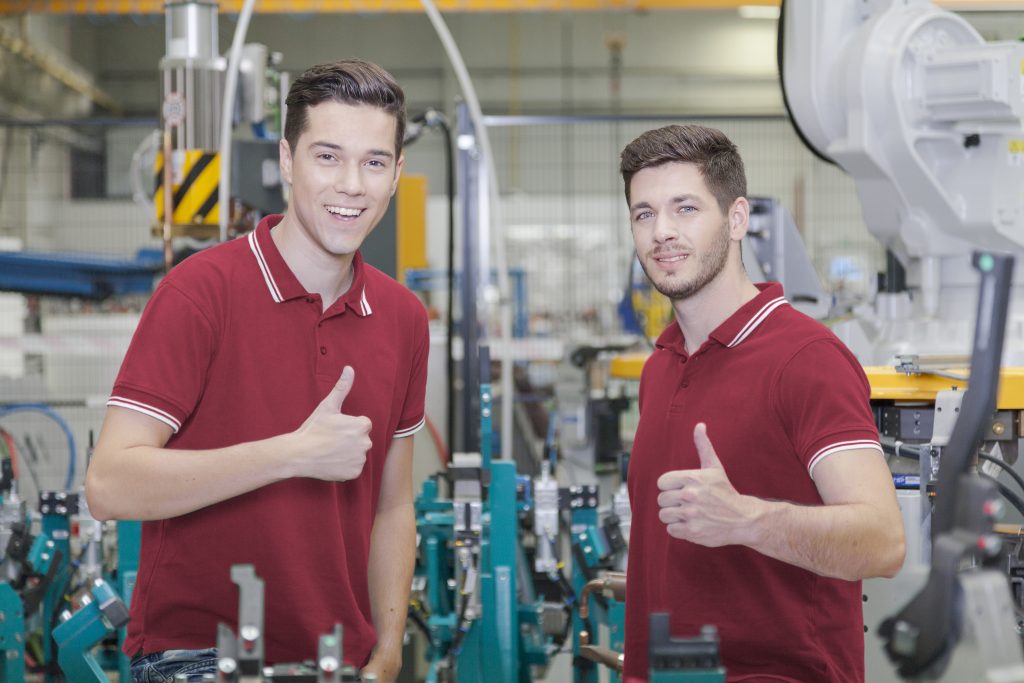 Are apprenticeships the solution to the productivity conundrum?

Despite the doom and gloom so often reported in the media, UK manufacturing is not getting worse. The problem is that when the media talks about the manufacturing sector, it focuses on jobs, whereas when it reports on the financial sector, the focus is money.

Despite widespread perceptions, UK manufacturing is thriving. The UK is currently the eighth largest manufacturing nation in the world. Manufacturing makes up 11% of GVA and 44% of total exports for the UK. It also directly employs 2.7 million people.

It is true that output and productivity have flattened since 2007. There is a productivity conundrum, not just in the manufacturing sector but across the whole economy.

This lack of movement has been widely attributed to a decline in skilled workers and a decrease in employer-investment into training and development. However, while skills are an important part of enabling productivity, it is unlikely that this is the primary cause for any stagnation.

None-the-less, measures have been taken to address the skills shortage in the hope that this will drive up productivity.

One major initiative is the apprenticeship schemes which were put in place to combat poor productivity and the decline in employers’ investment in training. Unfortunately, the frameworks that were in place didn’t always result in the apprentices gaining the skills they needed to actually do the roles.

In 2017, the Department of Education implemented several changes. The purpose of these changes was to ensure apprenticeships better served the needs of employers as well as improving the quality of training for the apprentices themselves.

Reforms were also introduced to make the programmes more employer funded. Under the scheme, businesses that have a pay roll of over £3 million pay into a levy. The amount of funding you receive towards the training of an apprentice depends on whether you pay into the levy or not.

This is supposed to encourage businesses to run apprenticeship schemes so they can, in effect, reclaim their money from the pot. It acts as motivation for companies to upskill new and existing employees as they are already paying into the levy.

It all sounds great in theory. Unfortunately, the take up by employers has not been as high as expected. Since the funding reforms were introduced, there has actually been a decline in the number of people starting apprenticeships.

Anyone who has read about the Israeli Nursery Study in Freakonomics probably isn’t surprised by that.

So, what is the problem?

One reason is the risk of no return. While funding is available for training and assessment, there is still a big investment of time required to train apprentices. Employers must allow for 20% of the apprentices working time to be allocated to off the job training.

Apprenticeships are well tailored to large manufacturers who have high demand, but smaller manufacturers miss out because they do not have the scale to set the agenda.

The FMCG Sector has many smaller manufacturers, but relatively few different technologies.  This makes it ideally suited to benefit from apprenticeships, but it requires collaboration between smaller manufacturers to set the curriculum, where historically there has been none.

FMCG manufacturers together are bigger than aerospace and automotive combined, and yet, current apprenticeship schemes do not adequately meet their needs. The FMCG academy exists to promote the needs of those thousands of small FMCG manufacturers.